My recent posts have centered almost exclusively around the looming demise of Storify. I swear I’ll move on from that soon, BUT I did want to write a post about the program I used to get me through one of my assignments this year that I usually use Storify for! I have since then discovered Wakelet, which I blogged about here and which I will most likely use for this particular assignment in the future, but I did get some interesting experience with a new option in the meantime. 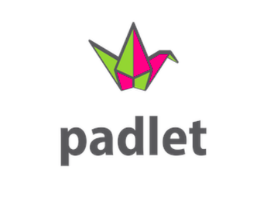 Created in 2012, Padlet has been around for awhile. I’d heard teachers talk about it, I’d seen demonstrations, and students had shown me some work they’d done using it, but I’d never actually used it. When I discovered that Storify was dying approximately 24 hours before the class in which I needed to use it, I shrugged and decided to give Padlet a try.

Padlet has been described quite accurately in my opinion as “an online virtual ‘bulletin’ board, where students and teachers can collaborate, reflect, share links and pictures, in a secure location.” Upon creating an account, users can set up a background using any color or image on which they can arrange the information they choose to curate. That information can either be imported using links to images, sites, social media accounts etc. OR it can be uploaded directly from your computer. The Padlet creator can then decide if they want their Padlet to be public or private and if they want to invite collaborators to contribute to the work.

For this assignment, students had to research and create a summary of the rhetorical situation surrounding a set of photos by a particular photographer as a pre-writing activity to an essay in which they read the photos.

Pros:
Padlet worked well for the students in that it was profoundly flexible. Unlike Storify, which featured a single, linear layout, Padlet is more open-ended. Students could arrange information and links in ways that were more spatially and visually diverse. This reflected their individual learning styles more accurately. The linear thinkers could choose a layout more similar to Storify, but some students chose layouts that more closely resembled word webs or flow charts. The visual nature of Padlet, much like Storify, prompted students to consider the way their visuals communicated the ethos of the photographer they were researching, engaging some unconscious multimodal thought. Also, much like Storify, the shareable nature of the information made it easy for students to collaborate and compare notes.

Cons:
As with all things in life, there were aspects that created difficulties. The open-ended nature of Padlet was overwhelming for some students, particularly those who were not as experienced in visual composition or those who did not have much background using digital apps. These students tended to shy away from thinking too deeply about the role of their information’s layout, which led several of them to simply throw information onto the board in a haphazard manner. For these students, a pre-determined linear layout would have been beneficial. The difficulty of learning an unfamiliar program was stressful for some students, although I believe that is an important process for them to experience safely and with my support.

Ultimately, while Padlet actually created more affordances and opportunities for some students, it was a little too free-form for others. Because of this, I will most likely use Wakelet for this assignment next time, but I MAY recommend Padlet to a few select students who I think it would be a good fit for.

Here are some examples of students who created what I consider to be really smart Padlets that served as their research hubs for the essays they went on to write: 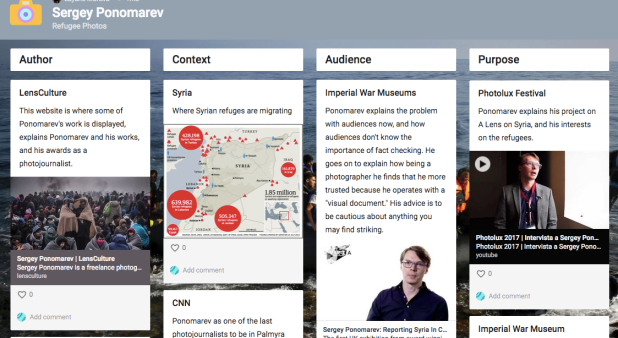 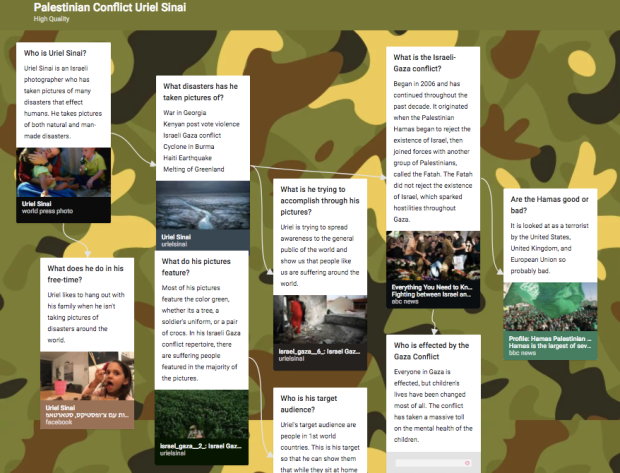 At the end of the day, if you give smart students cool tools, they’ll do smart and cool things with them. And Padlet is a cool tool to have in my set.

I have recently, along with some of my colleagues, been sharing some of my work and research on NCTE’s blog, which I have always found to be a deeply helpful and rich resource for collaboration and reflection in the field of teaching composition and reading. I wanted to briefly share that a post I published with NCTE earlier this year, “More Than a Grade: Cultivating Intellectual Play in Students,” made their list of “Top 10 Blogs from 2017“! 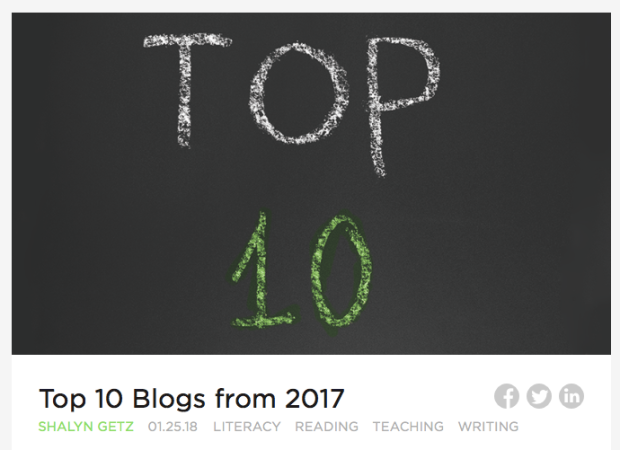 As someone who is relatively new to the world of teaching and blogging about teaching, it is a massive honor to be listed alongside names like Jeff Wilhem and Arina Bokas. And so I wanted to take a minute to thank NCTE as well as to encourage any educators in the disciplines of reading and writing to consider contributing to NCTE’s blog so that we can continue to grow as we share and learn from one another as educators, readers, and writers!

In my last post, I mourned the loss of the web-based social networking tool Storify AND fretted over how best to preserve the work I and my students had accumulated through Storify’s platform over the past few years. After tweeting that blog post out, I was able to bear witness to the magical power of social media firsthand. The Twitterverse and some site called Wakelet solved my problem for me. 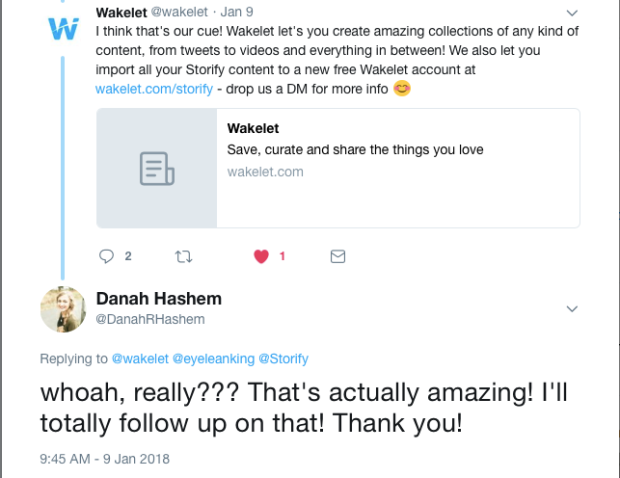 Wakelet saw my post and was ready with their solution to the impending death of Storify. So, as my response suggested I would, I followed up. 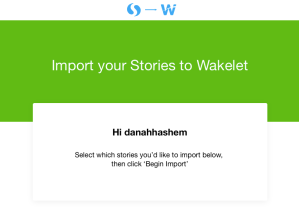 Much to my delight, Wakelet turned out to be awesome. Not only do they have an incredibly easy-to-use tool to import and maintain all my Storify content, they also have a fabulously user-friendly and appealing interface! It is essentially a polished up version of Storify, allowing users to organize and annotate online content from a variety of locations into a single, linear Story. Much like Storify, you can link to information from a site OR upload files directly from your computer, and, just like Storify, you can drag and drop items in the timeline to easily rearrange them.

Improving on Storify’s design, Wakelet offers a few more options on how to arrange content. You can choose from a traditional linear layout, a grid layout, or something resembling a table of contents, where each item has a space for text next to it. You can also easily add or remove contributors, which was something I remember struggling with in Storify.

The major drawback I see so far with Wakelet is that, when I import my stories from Storify, the embedded links don’t transfer. So the text elements import, but the links are gone. I can certainly just edit the document and replace the link, but it does mean that my initial impression was a little too good to be true. I’ve messaged the SUPER responsive Wakelet help team, and I’ll report back if they find a solution.

So, not only is all my Storify work safe and sound, I also have a shiny new platform for my students and I to play with! Needless to say, I’m a fan.

I don’t know if you’ve heard the terrible news. My much beloved Storify is dying. On May 16, 2018, Storify will be shutting down and deleting all of its content. They’ve posted the message loud and clear on their soon-to-be-deleted homepage.

Storify has been a regular feature on this blog.

I’m still sorting out how best to preserve while still continuing to share the content that I and students have built using Storify’s platform. I have until May 16th to figure it all out. Apparently, after May, I will have the option to use Storify 2 which comes inside of a purchased Livefyre license, but, if Storify is no longer free, it loses its value for me.

So, for now, it appears that my stand-in for this year’s students will be Padlet, which is essentially an online bulletin board that allows students to individually or collaboratively arrange links, images, and text in a secure, but shareable space. I’ll report back on the usefulness of this stand-in; however, before I get too ahead of myself, a moment of silence for Storify.

Looking for something in particular?